“And it came to pass in those days that a decree went out from Caesar Augustus that all the world should be registered. This census first took place while Quirinius was governing Syria. So all went to be registered, everyone to his own city.

Joseph also went up from Galilee, out of the city of Nazareth, into Judea, to the city of David, which is called Bethlehem, because he was of the house and lineage of David, to be registered with Mary, his betrothed wife, who was with child.”
Luke 2:1-5 NKJV

A couple stopped at our Bethlehem inn, having come from quite a distance away. But due to the census, I had no rooms left at all in which any more people could stay.

The husband declared that his wife was ready, at any moment, to give birth. So I thought of the stable to offer them, hoping it might be of, at least, some worth.

There just was something about them, and my wife had sensed it, too. But because of the incoming crowds that day, there was nothing else we could do.

My wife took over some swaddling cloths and things she’d kept for a baby’s birth. She overheard the soon-to-be parents speak of their expected child’s great worth.

Later, in the inn, we thought that we heard the sound of a baby’s cry… That evening, we saw a group of shepherds there, who, for some reason, had stopped by.

We finally got some rest for the night–the inn was full with those who’d traveled far; and I turned and looked out the window, where I saw the most brilliant star….

It’s said you can entertain angels, without being fully aware… So I wondered if Someone greater than angels was connected with that special couple there.

“And she brought forth her firstborn Son, and wrapped Him in swaddling cloths, and laid Him in a manger, because there was no room for them in the inn.”
Luke 2:7 NKJV 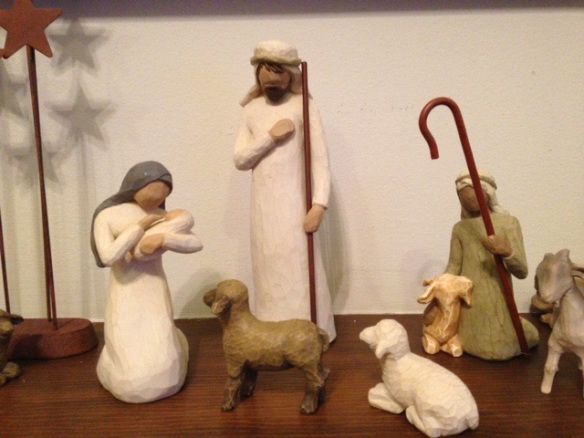 …from Christmas on the Porch, the book, available at http://www.amazon.com and http://www.barnesandnoble.com