“In the beginning the Word already existed.
The Word was with God,
and the Word was God.
He existed in the beginning with God.
God created everything through him,
and nothing was created except through him.
The Word gave life to everything that was created,
and his life brought light to everyone.
The light shines in the darkness,
and the darkness can never extinguish it.

“He came into the very world he created, but the world didn’t recognize him. He came to his own people, and even they rejected him. But to all who believed him and accepted him, he gave the right to become children of God. They are reborn—not with a physical birth resulting from human passion or plan, but a birth that comes from God.

“So the Word became human and made his home among us. He was full of unfailing love and faithfulness. And we have seen his glory, the glory of the Father’s one and only Son.” 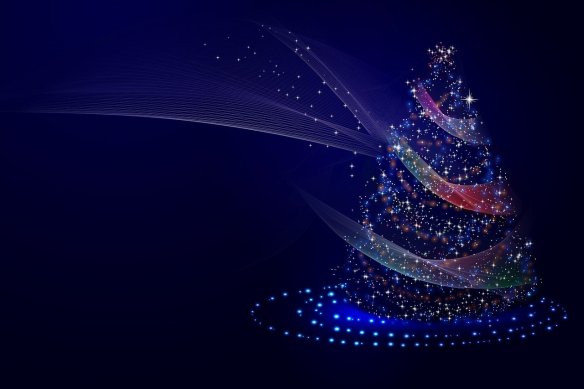 Jesus is the very Word of God, giving life to every created thing.
The darkness can never extinguish the light of Him of whom we sing.

Conceived by the Holy Spirit, born of a virgin, the Word became flesh…
to dwell among us, offering salvation, so that every life might begin afresh.

He’s the Light unto our path—the Way, the Truth, and the Life—
and the Prince of Peace unto a world that’s been tainted by sin and strife.

His life brought the Light of the World to all—forever Jesus Christ will reign.
Because He defeated death, “To me, to live is Christ, and to die is gain.”

“I have been crucified with Christ, it is no longer I who live, but Christ lives in me, and the life which I now live in the flesh, I live by faith in the Son of God, who loved me and gave Himself for me.” Galatians 2:20 NKJV

“But you are a chosen generation, a royal priesthood, a holy nation, His own special people, that you may proclaim the praises of Him, who called you out of darkness into His marvelous light; who once were not a people but are now the people of God, who had not obtained mercy but now have obtained mercy.”
1 Peter 2: 9-10 NKJV

“Then Jesus spoke to them again, saying, ‘I am the light of the world. He who follows Me shall not walk in darkness, but have the light of life.” John 8:12 NKJV

“You are the light of the world. A city that is set on a hill cannot be hidden. Nor do they light a lamp and put it under a basket, but on a lamp stand, and it gives light to all who are in the house. Let your light so shine before men, that they may see your good works and glorify your Father in heaven.” Matthew 5:14-16 NKJV

“Therefore, if anyone is in Christ, he is a new creation; old things have passed away, behold, all things have become new. Now all things are of God, who has reconciled us to Himself through Jesus Christ, and has given us the ministry of reconciliation.” 2 Corinthians 5:17-18 NKJV

“(The Word Becomes Flesh) And the Word became flesh and dwelt among us, and we beheld His glory, the glory as of the only begotten of the Father, full of grace and truth.” John 1:14 NKJV