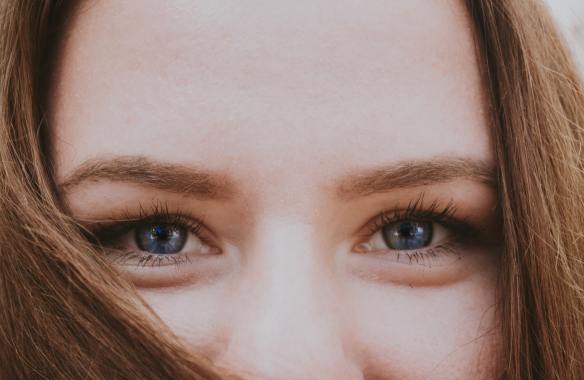 Covering my right eye, I forced my left eye to see.  At first, all I could see was mainly darkness.  Attending a healing/miracle service, I aggressively believed for a miracle for macular degeneration in my left eye.

At my last eye exam, I was troubled.  My left eye had gotten worse, and I could barely read any letters from the chart on the wall.  This pushed me into believing God with a new intensity for healing.  I knew Jesus was my healer, but I had been waiting on Him.  The day of my exam, I sensed Him saying, “I am waiting on you.”

Scripture tells us that David pursued and recovered all (in 1 Samuel 30).  Often, I believe we can be too passive.  If a thief came to your home, you wouldn’t open the door and say, “Take whatever you want.”  Well, sickness and disease are thieves, and we have God-given authority to kick them out.  God’s Word declares, “I give you authority…over all the power of the enemy, and nothing shall by any means hurt you.”  (Luke 10:19)

So I began to believe for restoration.  Scriptures about Jesus being the light of the world came alive, and others, such as Psalm 119:130, “The entrance of Your Words gives light;” and John 1:5, NIV, “The light shines in the darkness and the darkness has not overcome it.”  Darkness always refers to our enemy.  In 1 Peter 2:9, we are called “…a chosen generation, a royal priesthood, a holy nation, His own special people, that you may proclaim the praises of Him who called you out of darkness into His marvelous light….”  When the fear came to my mind that I couldn’t pass my driver’s test eye exam, I didn’t agree with it.

The night at the healing service, the pastor encouraged us to test what we believed for.  I looked at the large screen and covered my right eye.  The worship leader’s face was all dark. However, I believed that no good thing will my God withhold from me (from Psalm 84:11).  I began to worship the Lord for His power and grace to heal me.  Each time I checked, the worship leader’s face was becoming clearer.  Light was overcoming darkness!  After perhaps twenty times, suddenly I could see his face.  Instead of doubting that this would last, I quickly got up to go to the front to testify.

I recalled another time when I was healed of a stiff neck and right shoulder pain in a similar meeting.  I didn’t want to speak on the microphone because there were so many people there, and my thought was that it was just too insignificant.  But then, a woman shared that she was healed of the same thing.  The speaker said, “That’s great, but the healing was called out for someone else.”  At that point, the pain was beginning to come back, so I was on my feet in a flash.  The minute I began to testify, the pain left!

After that meeting, I ran into a man who lived on my street.  He was astonished as he’d never been to a healing service before.  His need was regarding back pain, so my testimony encouraged him on his own healing journey.

It has been a year since I received the healing for my eye; and so recently, it was time for my annual exam.  Well, praise God, this time, I was able to read the last line on the eye chart!

“The hearing ear and the seeing eye,
the Lord has made them both.”
Proverbs 20:12

“Then Jesus spoke to them again, saying, ‘I am the light of the world.  He who follows Me shall not walk in darkness, but have the light of life.'”  John 8:12