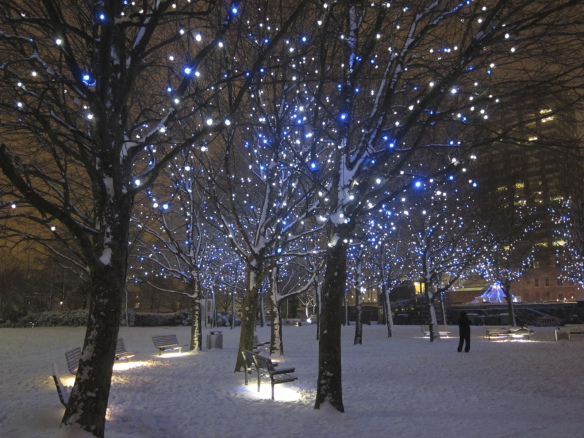 A dimly lit stable or cave on that long-ago, destined night,
suddenly became a hallowed place, because of the newly arrived “Light.”

Animals were resting nearby as the baby took His first breath–
He was sent from heaven to deliver this world from the snare of sin and death.

Shepherds watching their flock by night were amazed by an angelic visitation–
telling them a Savior had been born–Christ the Lord, for people of every nation.

“Glory to God in the highest, and on earth peace, good will toward men,”
was further proclaimed by a multitude of angels on what had taken place then.

Straightway the shepherds went to Bethlehem to worship the baby in the stall–
the One who’d been sent to live among mankind but would give His life for us all.

Death on a criminal’s cross, followed by a victorious resurrection,
were in the future of this newborn child, who would live a life of perfection.

If anything has gotten you down today, and at Christmas you’re feeling blue,
just remember that all of the love God has still shines through Jesus for you.

“Glory to God in the highest, and on earth peace, good will toward men.”
Luke 2:14

“Again therefore Jesus spoke to them, saying, ‘I am the light of the world. He who follows Me shall not walk in the darkness but shall have the light of life.” John 8:12