“And so they took the body of Jesus, and bound it in linen wrappings with the spices, as is the burial custom of the Jews. Now in the place where He was crucified, there was a garden; and in the garden a new tomb, in which no one had yet been laid. Therefore on account of the Jewish day of preparation, because the tomb was nearby, they laid Jesus there.” John 19:40-42

At a new tomb, a garden tomb, a great stone had been rolled away–
Just to show that the victorious Jesus Christ didn’t stay!
Briefly, His body, in linen, with spices, had been placed therein,
But lasting death, for this Man, was not destined to win!

That morning, Mary Magdalene came while it was not yet dawn–
Then ran to get Simon Peter when she found that Christ’s body was gone.
Upon hearing this, Peter and John went out and came unto the tomb;
Only the linen wrappings were lying there within its room.

They went away then after they’d seen for themselves what she had said;
They hadn’t understood Jesus’ words, that He would rise again from the dead. But Mary remained outside the tomb, and while she was weeping, she looked inside again to find two angels, their posts keeping.

“Woman, why are you weeping?” was the question they put to her–
She replied that her Lord’s body was taken–by whom or where, she wasn’t sure.
Turning around, she saw a “gardener,” but didn’t yet recognize
That standing there was the beloved Christ, before her very eyes.

When He said, “Mary,” her eyes were opened to every familiar feature
Of the One she loved, and for whom she’d wept, “Rabboni,” the Master and Teacher. He had yet to ascend to His Father–so, therefore, He bid Mary go,
To tell the brethren of His ascension–He wanted them all to know!

We, too, can go from the garden tomb, a place that had seen God’s glory,
To tell all the world of what Christ has done–this world’s greatest love story.
“I ascend to My Father and your Father, and My God and your God,” Jesus said–
They’re still words that speak of “Family” to those who’ll believe that He rose
from the dead.

At that garden tomb, a much greater “stone” had actually been rolled away…
Of death and darkness, now removed, to reveal the Light of Jesus Christ’s Way!

“So the other disciple who had first come to the tomb then also entered, and he saw and believed. For as yet they did not understand the Scripture, that He must rise again from the dead.” John 20:8-9

“For He was teaching His disciples and telling them, ‘The Son of Man is to be delivered into the hands of men, and they will kill Him; and when He has been killed, He will rise three days later.’ But they did not understand this statement, and they were afraid to ask Him.” Mark 9:30-32

“And from Jesus Christ, the faithful witness, the first-born of the dead, and the ruler of the kings of the earth. To Him who loves us, and released us from our sins by His blood, and He has made us to be a kingdom, priests to His God and Father; to Him be the glory and the dominion forever and ever. Amen.” Revelations 1:5,6

“I am He that liveth, and was dead; and, behold, I am alive forevermore. Amen; and have the keys of hell and of death.” Revelations 1:18 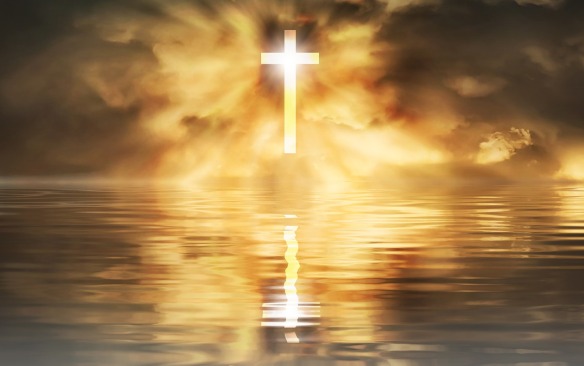